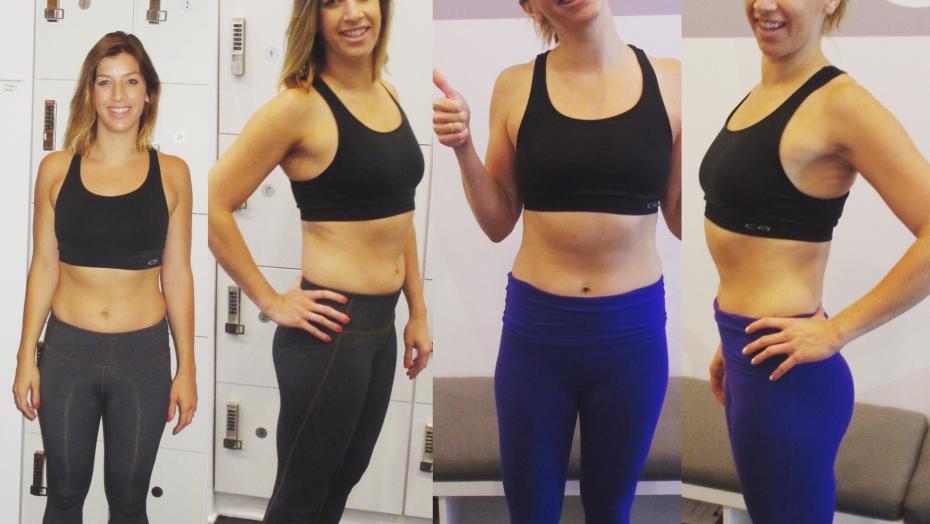 In 2012, Ochsner's resident dietitian, Molly Kimball, put together a 3-Day Diet alternative to fight what was once dubbed the “Isaac 8" (a play on the “freshman fifteen"). Both of these alliterations reflect rapid weight gain associated with a change of routine and a heightened level of stress.

For me, it was seven pounds and it started out with sour candy and snacks during finals in my second semester of graduate school. This behavior then lingered as I found myself in the office for long stretches of time and, ironically enough, working at a yoga studio at the front desk.

My “new normal” put a serious kink in my lifestyle and I found I wasn’t meal planning or stocked with fruits and vegetables, and I was off my usual exercise routine. It was amazing how in a few short weeks my pants were snug, and suddenly grabbing a sandwich and chips or making a quick bowl of pasta with olive oil and parmesan cheese sounded more and more like a mistake.

Molly’s 3-day meal plan is geared to help you create a healthier lifestyle through portion control and planning. It is also about reestablishing what a portion is so that you don’t consume double (if not more) the calories you think you are eating in one day, and making plans ahead of time to provide yourself with healthy and delicious options.

I originally planned to kick off my 3-day meal plan the Tuesday after Fourth of July. I went to the local farmer’s market on Saturday to pick up two pints of blueberries, green beans, a beautiful cantaloupe and two green bell peppers – all for under $14. This is really a great season to move toward healthier eating. But, as I found out, my double job schedule on Tuesday through Thursday made preparing this food more of a challenge than I could manage after a holiday.

So, I pushed it to Friday-Sunday. Below is the chronicals of what I did and how I made it work. Also, I kept away from caffeine and my number one calorie consumption: wine (rosé these days) and made sure to weigh in first thing in the morning.

(Because I modified a few of the snack options and used fruits and vegetables fresh from the Farmer’s Market, my list is an abbreviated version. I also used mayonnaise from my pantry and celery I already had on hand for the tuna salad.)

5:30 a.m. I’m a breakfast person so when I saw how thin the “tortilla” with ¼ cup of shredded cheddar cheese with a half of a cup of blueberries, I felt like I just made a snack for a picky five-year -old and definitely not a meal for a grownup. I was worried. However, by 6 a.m. I was still feeling good.

8:30 a.m. I ate a blueberry Rx bar (modification from the protein shake) that has egg whites, almonds cashews and blueberries with 210 calories and 12 g of protein that I picked up at the yoga studio where I work. ($3.00)

9:45 a.m. I was hungry but committed to this meal plan so I drank two full 20 oz. bottles of water - and decided that I’m pretty sure today was going to take forever.

10:15 a.m. I packed a snack of cottage cheese and ten cubes of cantaloupe (no sweetener) to work at the yoga studio so I ate that with a medium unsweetened organic green tea with jasmine.

3:00 p.m. I ate lunch. I made a few modifications because I didn’t want to have the Triscuits around for after the 3-day meal plan and I try to avoid packaged food, especially those marked “low calorie". I substituted ¼ of a bell pepper sliced with extra carrots to go with my one chicken sausage.

Again, even though I used a small plate, I felt like I made yet another snack for this picky five-year-old who apparently moved into my apartment.

I also did a little cheat and got pre-cut zucchini noodles from Whole Foods. They are raw and the whole package (which makes four servings) only cost $5.99. For me, it was worth the decrease in kitchen prep.

7:30 p.m. For dinner, I made sauce with 4 oz. (1/8 of the package) of turkey meat and added garlic and red and black pepper for flavor to my naked tomato puree.

You may have noticed that when shopping for groceries I skipped out on the tomato and mozzarella because that is kryptonite for me. I did not want to find out what 1 oz. of mozzarella looked like and did not trust myself to have the leftovers on hand for later in the week. I decided on just repeating the cottage cheese snack.

After dinner on the first day, I noted that this was the first time I really felt like I ate something. Things were looking up.

7:15 a.m. I woke up and went to Pure Barre and stopped by the Farmer’s Market (again) to get a ridiculous amount of blueberries because it is the end of the harvest. I’ll be snacking on those all week.

8:45 a.m. I had a small snack including a handful of blueberries and a few slices of cantaloupe while making breakfast. Again with the additives, I didn’t purchase the 50 calorie bread and instead opted for an 80 calorie whole grain organic English muffin.

10:30 a.m. I worked out again, taking my favorite class, Bicycling Buddha at Higher Power, which combines cycling with power yoga.

1:30 p.m. Tuna salad lunch with 4 oz. solid white tuna, half of a tbsp. of mayonnaise and once stalk of celery diced into small pieces with a side of baby carrots on a bed of spinach. I opted out of the Dijonaise and only used a half of a serving of regular mayonnaise that I had in my refrigerator.

5:57 p.m. I woke up from a nap (sorry, I wake up super early and like to nap on the weekends!) and was really hungry but hoping to wait a half an hour before dinner.

6:23 p.m. I almost made that thirty minute marker. This dinner was the best so far – probably because I don’t usually eat steak but I made this 4 ounces of meat the best possible. Whole Foods by my house had a sale on Top Sirloin Center Cut Steak so I asked the attendant to cut the 8 ounce portion in two for me. ($5.99 for the whole thing!)

I cooked the steak in a skillet with a small spray of olive oil and seasoned with fresh ground black pepper. I seared the steak on each side and then sliced it thin to finish and served it with steamed fresh green beans from the Farmer’s Market (I did toss the bean in the skillet briefly once the steak was removed) and ended up with an incredibly satisfying dinner. Yummy.

6:00 a.m. I went for a two mile run so when I came home, I at a small handful of blueberries and about ten pieces of sliced cantaloupe while I wilted the spinach for breakfast.

7:04 a.m. Breakfast of spinach scrambled with one whole egg plus two egg whites. I did a scramble over an omelet because it is easier. I only used a small spray of olive oil spritzer for the pan and black pepper to season.

10:40 a.m. Cottage cheese snack! This is how I kept it cost effective; I just recycled the snacks because I really like cottage cheese and fruit. Same combo with blueberries this time.

1:30 p.m. Lunch. Oh my gosh lunch. I cooked the other half of the sirloin, same way as before, and also prepared the whipped cauliflower and served a cup of that with the sirloin and steamed spinach topped with some diced raw garlic.

2:58 p.m. Lunch was great but I legit had to have a handful of blueberries before heading out to 4:15 Pure Barre.

6:30 p.m. Last dinner! I modified this one and used a quarter of a cup of reheated cauliflower, a cup of steamed broccoli with only black pepper seasoning and cooked in a skillet a piece of tilapia that I’d halved (I cooked the larger side) with just a small spritz of olive oil spray and a wedge of lemon.

Again, a few blueberries were consumed while I was cooking.

7:30: Yin Yoga and some rehydration before bed! Success!

For the rest of the week, I made a turkey meatloaf with the rest of the turkey meat – with one carrot, half an onion and a stick of celery each diced plus one egg, a ¼ cup of bread crumbs, salt, pepper and a little squeeze of ketchup. I cooked it and then portioned it into two lunches to go with cauliflower and put the rest aside for vegetables T.B.D.I still have extra fish, broccoli and spinach in my fridge, along with the wraps, eggs and English muffins.

Overall, I feel great, I’ve lost a few pounds, and I feel completely set up to carry this on to reestablish my healthy choices moving forward. The biggest hurdle with this revamp is finding out what time works for you to do the planning and the preparations.

I love going to the Farmer’s Market every other Saturday and letting what is fresh dictate some of my fruit and vegetable choices. It tends to be more affordable than the grocery store and makes less of an environmental impact.

As a rule of thumb, I try to avoid things that are low fat “snacks” because they call to me when I’m in a hurry or stressed. Instead I like to make sure I’ve got grab and go food that is nutritious and oftentimes make my own hummus to go with carrots or cucumbers.

Depending on what equipment is around for lunch, it makes sense to lean toward lunch selections like the tuna or chicken salad that are easier on the go and reserve the chicken sausage type lunches for when you are home on the weekend.

Overall rating: Totally do it again! 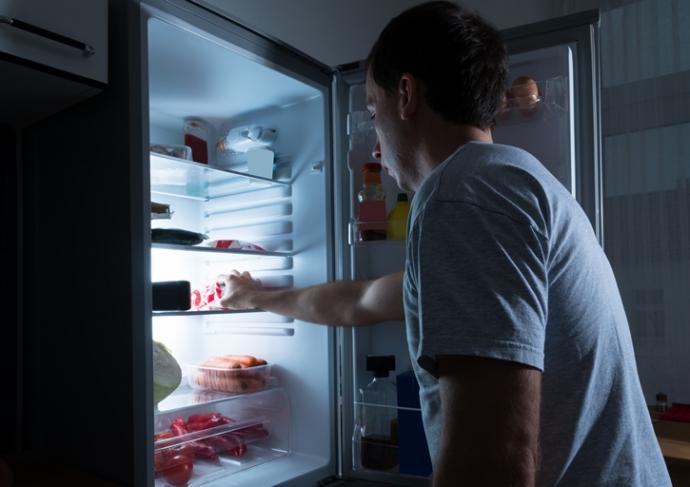 Whip up a protein waffle, Greek yogurt fruit pops, or one of these 10 late-night snack ideas which are all under 200 calories.
By Molly Kimball, RD, CSSD 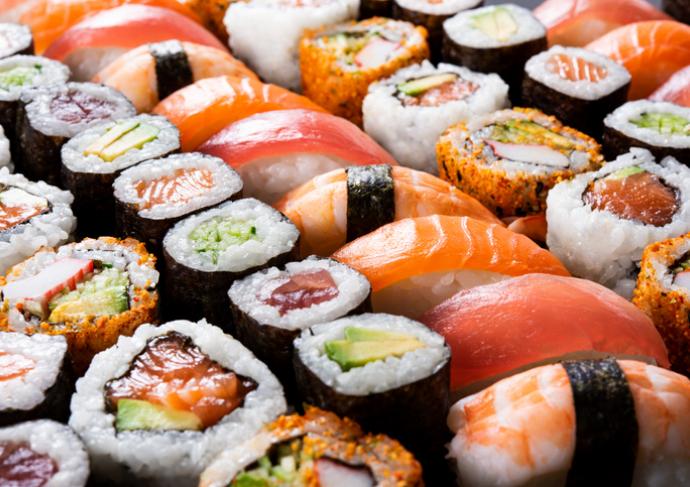 Healthy sushi can be the perfect diet-friendly meal, but some rolls can quickly become a diet-buster with more than 1,000 calories in just a couple of rolls.
By Molly Kimball, RD, CSSD 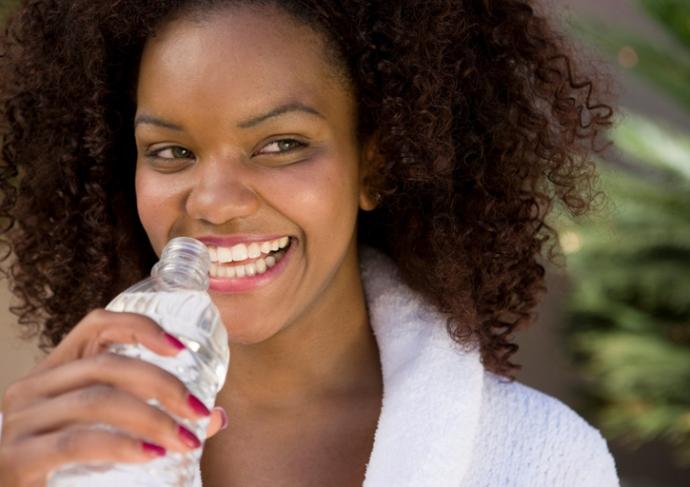 How Much Water Do You Really Need?

Are you drinking enough water on those long hot days of summer? Check out to see how much water you really need and ways you can get your daily intake easily.
By Molly Kimball, RD, CSSD