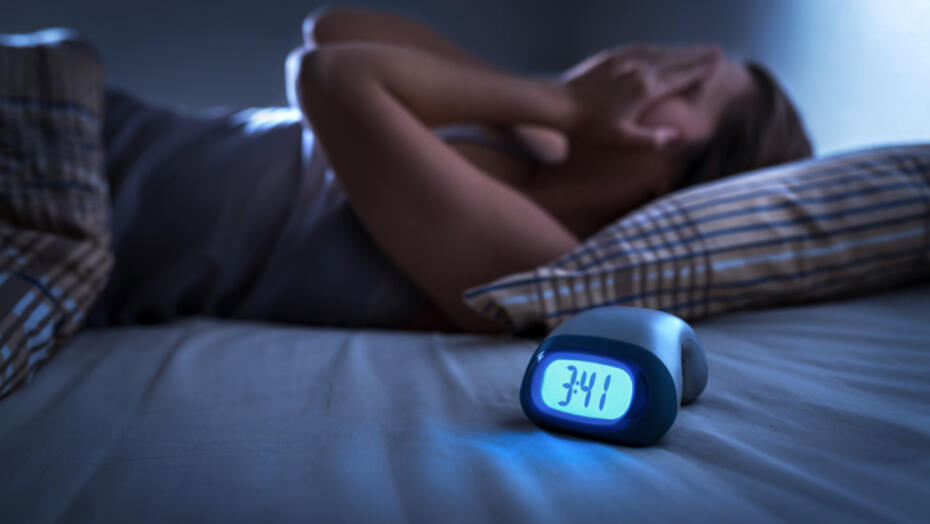 Which Non-Prescription Sleep Aid is Best?

When it comes to taking care of one’s health, eating healthier and exercising are always top of mind. While maintaining a proper diet and increasing physical activity are certainly the foundations of good health, having healthy sleep habits is also important for your overall health and well-being.

The physical health benefits from sleep include maintaining a healthy weight, boosting your immune system, fighting infections and reducing inflammation. Sleep is also involved in the healing and repair of the cells and tissues in vital organs and blood vessels. In addition, mental health benefits include enhanced mood, memory, concentration and problem-solving skills. In contrast, ongoing sleep deprivation has been shown to cause an increased risk of heart disease, kidney disease, hypertension, type 2 diabetes and stroke.

While sleep requirements vary among individuals, the recommendation for adults is between seven and nine hours each night, according to the American Academy of Sleep Medicine. While we may all be aware of this, it is sometimes easier said than done for many adults. Insomnia, which is defined as persistent problems with falling asleep, staying asleep or waking up too early affects millions of adults in the United States.

If you are suffering from insomnia, it is important to establish healthy sleep habits before treating with natural supplements or medications. Sometimes simple behavior changes before bedtime may help you get a good night's rest. This includes turning off electronic devices and the television at least 30 minutes before bedtime, limiting light exposure in the evening, and avoiding caffeine, alcohol and excessive fluids in the evening. You should also keep the bedroom quiet and at a cool temperature. Creating a relaxing bedtime ritual, such as taking a warm bath, reading a book or listening to music that promotes relaxation can prepare your body for sleep.

Despite practicing good sleep hygiene, many adults may still suffer from sleepless nights and wonder which sleep aid they should consider picking up at their local pharmacy. There are many options of over-the-counter sleep aids that include natural supplements, such as melatonin, magnesium, chamomile and valerian root. There are also several brands of nonprescription medications available, such as Unisom, NyQuil and Tylenol PM.

This is the most common over-the-counter sleep aid. Melatonin is an essential natural hormone produced by the body for sleep. Melatonin plays a critical role in the regulation of our circadian rhythm, which is the body’s natural sleep-wake cycle. It is produced by the brain in response to darkness, and makes your body feel tired. It reaches a maximum concentration in your blood after 30 minutes when taken as a supplement orally. Therefore, it is generally taken 30 minutes before bedtime, but can be taken up to two hours before bedtime.

Dosing ranges from 1mg to 10mg nightly and should be taken at the lowest effective dose to prevent morning grogginess or daytime drowsiness. It is recommended to start with the lowest dose, and then gradually increase to find the right dose that works for you. Supplementing with melatonin is recommended before trying other drug containing sleep aids due to its low side effect profile. Most people experience minimal side effects, but some report experiencing headaches, nausea, dizziness and irritability. Most importantly, melatonin is non-sedating, non-habit forming and can be used in children, adults and the elderly.

This mineral plays an important role in sleep, mood, metabolic health and heart and bone health. Since the body does not produce magnesium naturally, it is important to maintain proper magnesium levels through your diet or with supplementation. Magnesium is commonly found in seeds and nuts, dairy products and vegetables, such as broccoli, squash, avocado and dark greens.

If you have low magnesium levels, you may experience restless sleep. At proper levels, magnesium can promote a deeper and more restful sleep by increasing the levels of an important neurotransmitter in the brain called GABA (gamma aminobutyric acid). GABA is the body’s natural signal to relax and causes a calming effect.

Dosing will vary for each person, but it is most commonly recommended for adults to take 250mg to 500mg daily. Another important consideration is the form of magnesium you choose when buying a supplement. Magnesium oxide tends to be poorly absorbed by the body, while magnesium gluconate and magnesium chloride are well-absorbed by the body.

Chamomile is most commonly found in herbal teas and is known for its calming effects. It is not only effective as a sleep aid, but also has anti-anxiety and anti-inflammatory properties, which in turn can promote a more restful sleep. Chamomile was also used in ancient times for its additional health benefits in treating colds, rashes, digestive disorders, ulcers and muscle spasms.

Although having a cup of chamomile tea at bedtime is generally safe, there are some important considerations. First, people who are allergic to chamomile, marigolds, daises and ragweed should avoid chamomile to prevent an allergic reaction. Furthermore, in high doses and when taken over a long period of time, chamomile can have a mild blood thinning effect. Therefore, patients who have been prescribed blood thinners, including anti-coagulants and anti-platelets, are on an aspirin regimen, or frequently take NSAIDs (non-steroidal anti-inflammatory drugs), such as ibuprofen or naproxen, should avoid chamomile to avoid an increased risk of bleeding from occurring.

This herb can also be found in teas and has been used since ancient times. It is now commonly sold in liquid and tablet forms as well. Valerian root works similar to magnesium and promotes sleepiness by increasing the levels of the GABA neurotransmitter. While magnesium can promote a deeper sleep, valerian root is known for being able to shorten the amount of time it takes to fall asleep. Valerian root additionally contains the antioxidants hesperidin and linarin, which have been found to promote sleep.

The recommended dose of valerian root is 300mg to 600mg taken 30 minutes to two hours before bedtime. It is also generally well-tolerated by most individuals, but potential side effects may include daytime drowsiness, headache, nausea and dizziness.

In addition to these natural sleep aids, there are also nonprescription medications available that include common brands, such as Unisom, NyQuil and Tylenol PM. Although available over the counter, these options should be used with caution. These medications contain certain antihistamines that are primarily used to treat allergy symptoms but are used in sleep aids due to their sedating properties. Most options contain 25mg to 50mg of diphenhydramine, most commonly known as Benadryl, as their active ingredient. Another common antihistamine used is 25mg of doxylamine succinate, which is the active ingredient in Unisom. These options should only be used sparingly and as short-term solutions. This is due to the potential of tolerance developing and common side effects that include dizziness, fatigue, confusion, dry mouth, dry eyes, constipation and urinary retention.

Unlike melatonin, which is generally considered safe for all adults and the elderly, this group of medications is among those listed by the American Geriatrics Society to be avoided in people ages 65 and older. This is because when considering the potential for confusion, blurry vision, dizziness and delayed reaction times, there is an increased risk of falls. Even for adults younger than 65, this group of medications may be helpful in short-term situations, such as travel or stressful events, but they are not intended to become part of your nightly routine.

In addition to the numerous side effects, these are more likely to cause daytime fatigue and have been shown to prevent REM (rapid eye movement) sleep from occurring. REM sleep is an important sleep cycle that is responsible for learning, creating memories, and overall health and well-being. Therefore, while you may fall asleep when taking one of these options, you may not be getting quality and restful sleep.

Before adding any supplements or medications to your nighttime routine, it is important to talk to your physician, pharmacist or other healthcare professional to discuss what may be the most effective and safest option. If you are suffering from long-term insomnia or trouble sleeping for more than two weeks, it is also best to visit your physician to address potential health disorders that may be preventing you from getting a good night of sleep.

Are you having trouble getting sleep? Our pharmacy can help:https://www.ochsner.org/locations/pharmacy-wellness-new-orleans 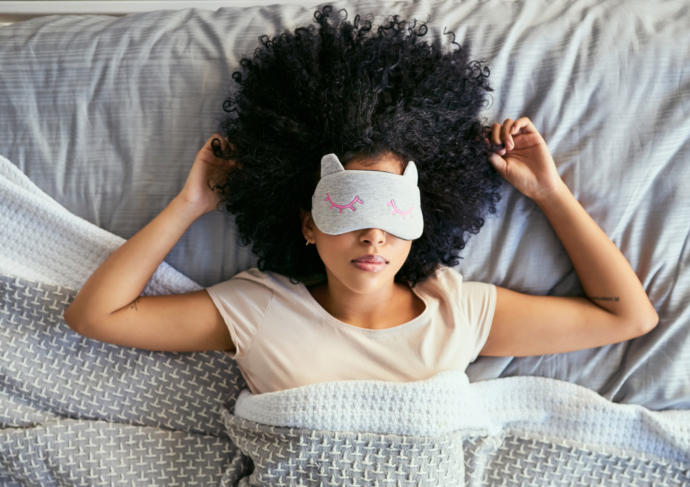 How to Practice Sleep Hygiene

What happens when you don't get a good night's sleep?
By Kate Lufkin, DSW, LCSW-BACS 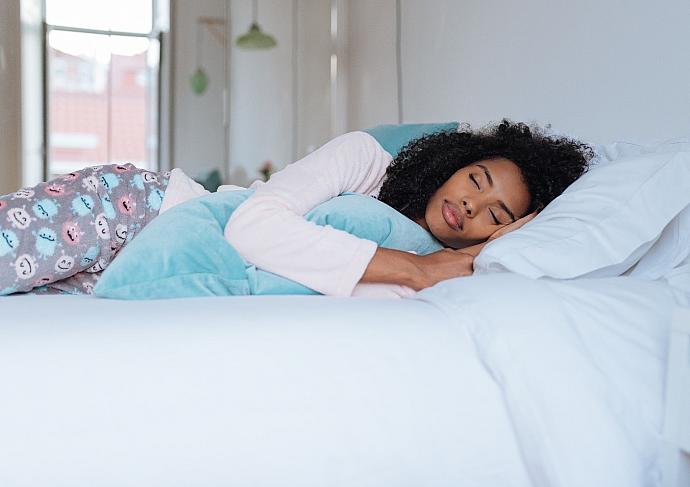 5 Tips To Help You Get More Sleep

A few things that you can do at home to help increase your sleep.
By Jeffrey Quach, Pharm. D 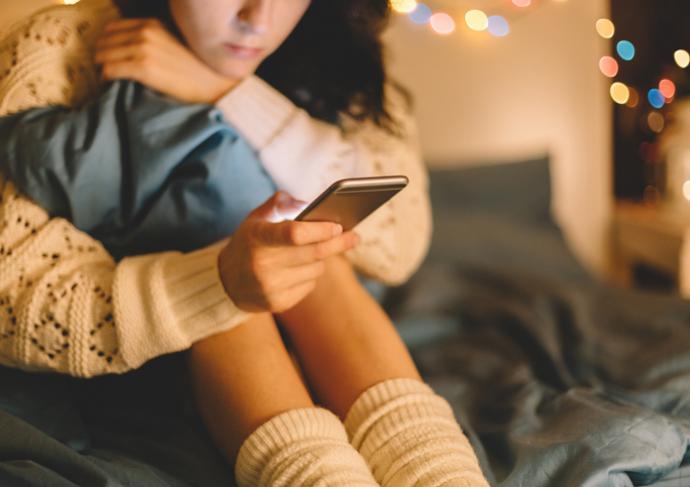