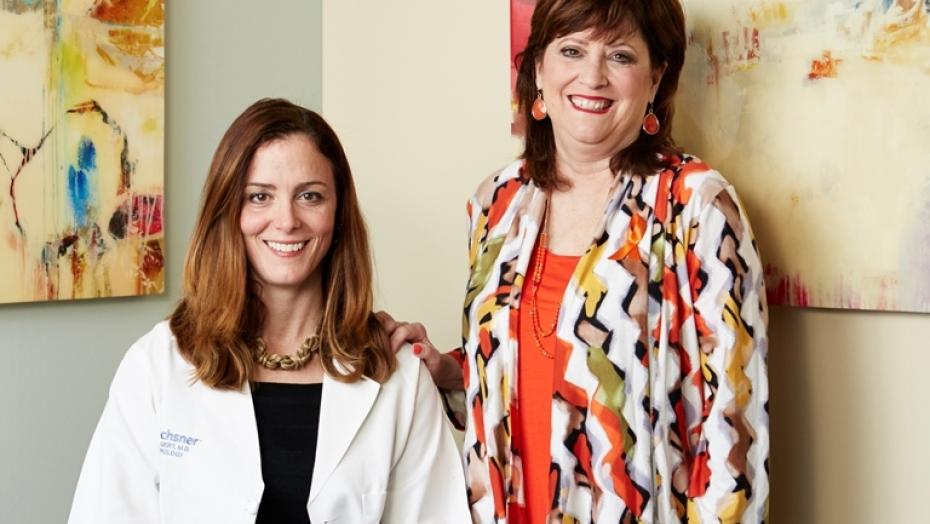 When New Orleans native Desi H. was diagnosed with multiple sclerosis (MS)—an often-disabling chronic disease affecting the central nervous system—she almost felt relieved. She finally understood why she had been having trouble walking and was falling frequently, occasionally suffering concussions. In fact, Desi accepted her diagnosis with the same positive, can-do attitude with which she approaches everything in her life.

“I’m not giving up,” says Desi, 58. “I am a fighter. I want the best possible care, which is exactly what I’m getting at Ochsner.” She knew from personal experience that Ochsner offered world-class care and treatment; her father, who also had multiple sclerosis, was cared for by one of the health system’s founders, Dr. Alton Ochsner.

Leading neurologist Dr. Bridget Bagert, Director of the Ochsner Multiple Sclerosis Center located in New Orleans, diagnosed Desi’s condition in 2013 and has been caring for her ever since. “Desi is an inspiration,” Dr. Bagert says. “She is fully engaged in the process and is game for anything that will help her better manage her disease.”

That includes monthly infusions of an immunosuppressive drug known as Tysabri and frequent physical therapy sessions with the Department of Physical Rehabilitation and Occupational Medicine at Ochsner in New Orleans. Because she can barely raise her right foot, Desi relies on a cane as well as two state-of-the-art devices to help her walk. One is a programmed electronic cuff worn around the knee called the Bioness L300, which stimulates the nerves and muscles that raise the foot. The other is a special orthotic brace that helps hold her leg and foot in position.

At the time of her diagnosis, inflamed lesions were identified in her brain and spinal cord that had caused her extreme pain and other symptoms of MS. As a result of her treatments and therapies at Ochsner, Desi’s disease has stabilized. The lesions are no longer inflamed and aren’t progressing.

Still, MS has caused Desi to make many changes in her life. She was having cognitive issues, “a bit of brain fog,” she says, so she retired from her successful career in commercial banking in 2013. She can no longer ride a bike, go for a walk alone or use stairs.

She avoids crowds because she is afraid of being jostled and falling, although she faced that fear to attend a recent Beck concert at the Saenger Theatre in New Orleans last year with her husband. A passionate supporter of education, Desi has raised money for her son’s school and funded a scholarship at her alma mater, the University of New Orleans. She now channels all her philanthropic energy into two related causes: multiple sclerosis research and education.

“I was amazed to discover how many misperceptions people have about multiple sclerosis,” Desi says. She notes that people asked her questions such as how she got MS (no one knows what causes the disease for certain), if MS is contagious (it isn’t) and what the cure is (there isn’t one).

Troubled by the myths associated with MS, Desi decided to make raising awareness of the disease a priority. She also was deeply inspired by the work that Dr. Bagert and other researchers are doing to improve treatments and one day find a cure, and she wanted to lend her support to these efforts.

After six months of planning, Desi held a party last year on July 31, her 58th birthday, and asked guests to make donations to Ochsner’s Multiple Sclerosis Center in New Orleans in lieu of bringing gifts. Many friends turned out for the occasion, which raised $6,000. Desi has also issued a fundraising challenge in which she personally matched up to $3,000 in 2016 and is doing again this year for donations made in 2017. Additionally, she is considering launching a version of the ALS ice bucket challenge.

Dr. Bagert says that she and her team at the Multiple Sclerosis Center are grateful for Desi’s commitment to their work. “We value it so much when patients want to give back,” she says. “There is revolutionary research happening in the field now, and Desi’s generous support can really make a difference in the lives of others.”

“Dr. Bagert is the reason I have become such a multiple sclerosis warrior,” Desi says. “And giving back is in my DNA. It always makes me feel better when I help others.” 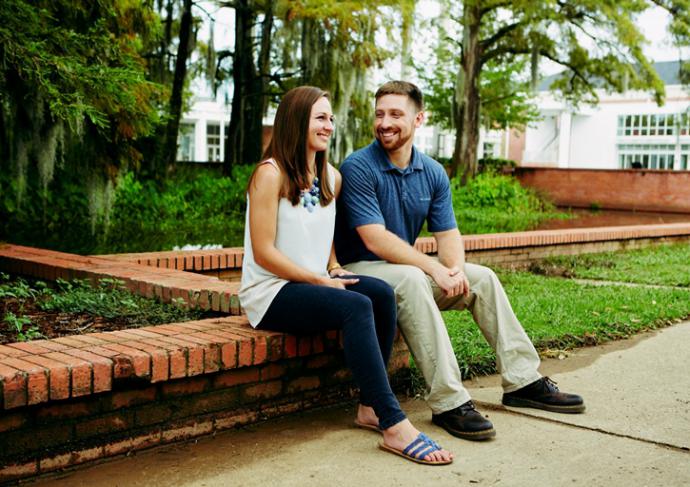 Read Bryce and Amanda Percle's story on the heartfelt decision they made to support a cause in memory of Bryce’s late sister. 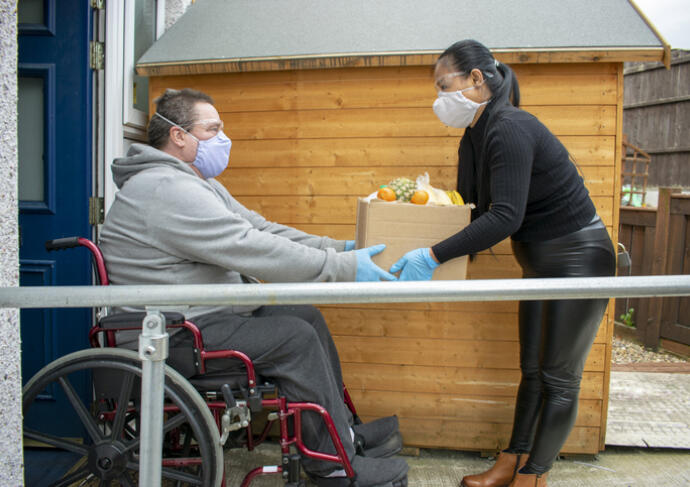 Why Giving Back Feels Good

Research has shown that fellow-feeling and altruistic behavior is associated with greater well-being, health and longevity.
By Shon C. Baker, PhD, CFRE