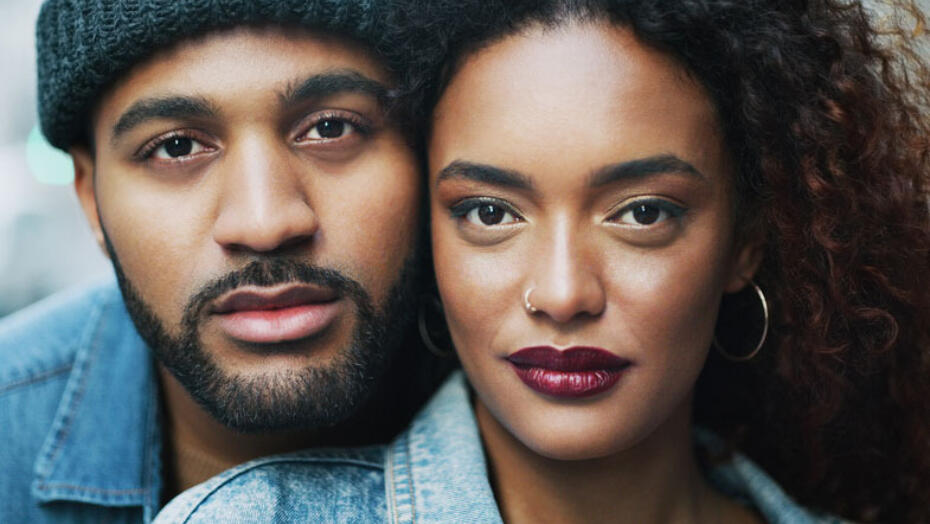 Sex and Gender Are Not the Same

Whether one is applying for a job, enrolling in school, attending a doctor’s appointment or participating in sports, the categorization of bodies according to “sex” or “gender” is central to how we organize society. In our culture, the terms “sex” and “gender” are often used interchangeably. They are, in fact, distinct and important determinants of health that warrant recognition and understanding.

Sex refers to a set of biological attributes in humans and animals. It is primarily associated with physical and physiological features including chromosomes, hormone levels and function, and reproductive/sexual anatomy. When we speak of an individual person’s “sex,” we are referring to a label assigned by a doctor or midwife at that person’s birth. In most cases, a newborn is assigned “male” or “female”; they are classified based on their external genitalia and this assigned sex is put on their birth certificates.

Gender is a term that is much more complex and difficult to define. It goes much beyond reproductive organs and involves psychological, social and cultural aspects of ourselves. Gender refers to a set of expectations from society for the behaviors, thoughts, characteristics, expressions and roles individuals should adopt associated with their sex assigned at birth. Each culture has standards about the way people should behave based on their gender. This is also generally male or female. But instead of being about body parts, it’s more about how you’re expected to act, because of your sex.

When we speak of an individual person’s gender, we are referring to a person’s perception, understanding, and experience of themselves and their role(s) in society. This is their unique experience with their gender and how it interacts with societal expectations, and it is called gender identity. Everyone has a gender identity and it can be the same or different from their sex assigned at birth. For a more in-depth review of the nuances of gender identity, please see our recent blog post here.

It's easy to confuse sex and gender. Just remember that “sex” is about biology, anatomy and chromosomes. “Gender” is about society’s set of expectations, standards and characteristics about how men and women are supposed to act. While ”sex’’ and “gender’’ refer to biological, psychological, social and cultural aspects of individuals, when we speak of individuals, we can more accurately use the terms “gender identity” and “sex assigned at birth.”

The Assumption of Uniformity in Sex and Gender Identity Development

As we discussed in the previous article, newborns are assigned a sex (female or male) based on their external genitals. A child with a vulva (labia, clitoris, vaginal opening, and urethra) is assigned “female”; and a child with a penis and testes is assigned “male.” The assignment of sex to “male” or “female” creates an expectation for a uniform alignment within binary categories – where individuals are completely “masculine” or “feminine” in all biological aspects of sex and all psychosocial aspects of gender identity:

For centuries it has been thoroughly documented that aspects of our biological sex do not neatly fit into this binary. It is estimated that every 1 in 100 people has a difference in their individual biology related to sex that cannot be neatly categorized as “male” or “female.” Differences in sex development (previously called “intersex” or “disorders of sexual differentiation”) is an umbrella term for numerous conditions where variations in the previously described biological aspects of sex that “do not fit typical binary notions of male or female bodies.” Three common conditions are described below:

When babies are born with these differences, particularly diverse genital presentations, physicians and parents are faced with the challenge of deciding the best way to assign the “right” sex. Physicians in the early 20th century began performing genital “corrective” surgeries on infants under the assumption that a firm gender identity would be best supported by genitalia that “looked the part.” It became common practice for surgeons to reconstruct ambiguous genitalia to a penis or vulva/vagina to binarily assign an infant to be ”male’’ or “female.’’ Despite having an ambiguous sex at birth, youth were raised with a gender that matches the anatomical structure that was easiest to create from existing tissue. For some of these individuals, they grew up and their true gender identity was congruent with the sex created and assigned by surgery. For others, their gender identity was incongruent. In many of these cases, the intense social pressure to conform with the sex assigned by surgery rather than their true gender identity resulted in significant distress and sometimes suicide. In situations where there are no urgent medical needs for “corrective” surgeries, it is now considered best practice to postpone until the patient can participate in decision making.

The lessons learned from these early genital corrective surgeries helped to provide evidence that there is a personal and internal sense of gender that is distinct from sex, and this came to be known as gender identity. This supported other observations made in early 20th century medicine that highlighted a unique role for gender identity. Physicians were also documenting youth and adults who, despite showing uniformity in biological aspects of sex, identified with a gender different from their sex assigned at birth. These individuals are commonly known as transgender and nonbinary persons.

The initial approach by the mainstream practice of medicine and psychiatry in the 20th century was to view these diverse gender identities as pathological or deviant – a mental illness akin to the contemporary view of homosexuality. The treatment utilized psychological and behavioral techniques that were used to reduce depression, anxiety and other mental health concerns, and repurposed them to deter and modify behaviors, thoughts, characteristics, and expressions that did not fit with their sex assigned at birth and a heterosexual orientation. This came to be known as “conversion therapy” as the goal was to convert individuals gender identity and sexual orientations to conform with societal expectations.

The response to these approaches was very similar to those youth whose sex was incorrectly assigned at infancy before their gender identity could develop. Being forced or coerced to live with a sexual orientation and/or a gender identity that does not match one’s own personal internal sense of self exacerbates psychological distress and often results in suicide. These same techniques that have been proven to ameliorate psychological distress and improve functioning for mental illness, produced additional suffering when attempting to change sexual orientation and gender identity. As our understanding of gender identity and sexual orientation improved, psychological techniques were repurposed to affirm and support individuals’ internal sense of self, and this approach instead resulted in reduced distress, improved functioning, and overall better health and wellbeing.

This is because diversity and differences in sex and gender are not deviant. Variance is expected in all biopsychosocial aspects of human development and should be celebrated. Our world does not exist in neat categories and not in a binary. Expectations that everyone’s experience should fit neatly into one, two, or three categories are misguided. They are based on an overly simplistic understanding of our bodies, our minds and our world. From birth, our brains are wired to learn by categorizing the world around us – safe vs. unsafe, familiar vs unfamiliar, similar vs different, etc. It is this phenomenon by which we attempt to simplify the complexity of the world around us to make it easier to understand.

The diversity and complexity of sex and gender have been recognized across geographic regions and cultures for centuries. Hundreds of distinct societies around the globe have their own long-established traditions for third, fourth, fifth, or more genders. These include Sioux winkte, Zapotec muxe, Indian hijra, Hawaiian mahu, Samoan fa’afafine, and Javanese waria, just to name a few. Rigid over-reliance on a sex/gender binary is a relatively new phenomenon of Western culture. The result is an oversimplification of the beautiful diversity of human existence that pathologizes and causes immeasurable harm to those who do not neatly fit.

Changing how we view sex and gender will take some time. Gender stereotypes are deeply ingrained into how we are raised to view each other and the world around us. If there are people in your life who do not fit binary assumptions of uniformity in all biopsychosocial aspects of sex and gender, we encourage you to approach them with curiosity about their experience and an openness to learn. The more we meet with and see the humanity in those who do not fit our assumptions about the world, the more our understanding expands and the better we can love and accept others. 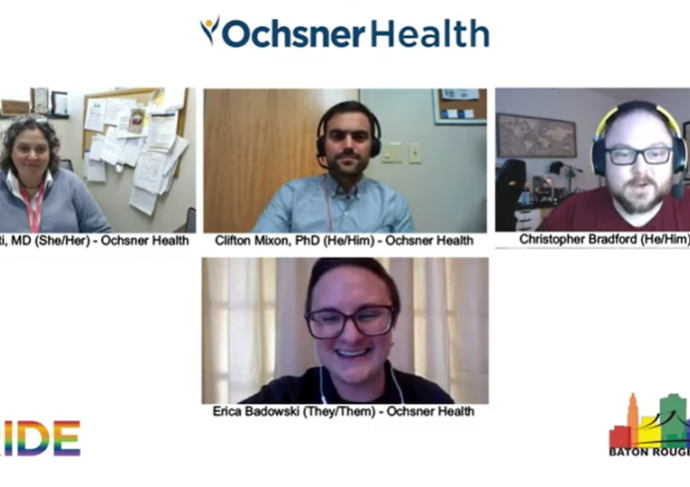 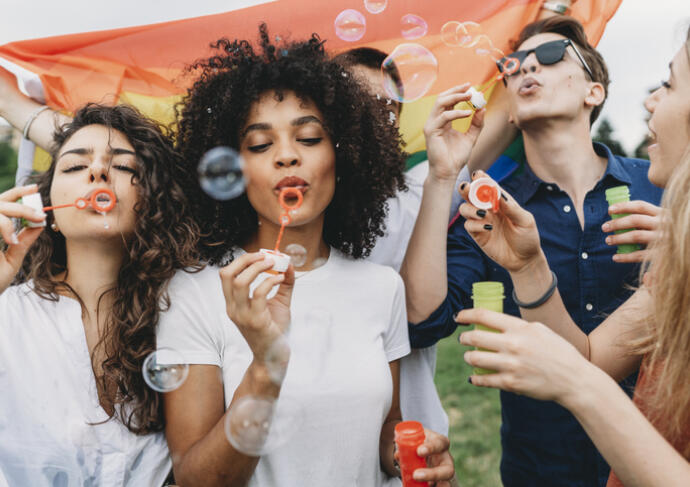 How to Support LGBTQ+ Friends

If you are not a member of the LGBTQ+ community, but have friends who are, it can be tough to figure out how to be a great ally to your loved one.
By Jake Kleinmahon, MD 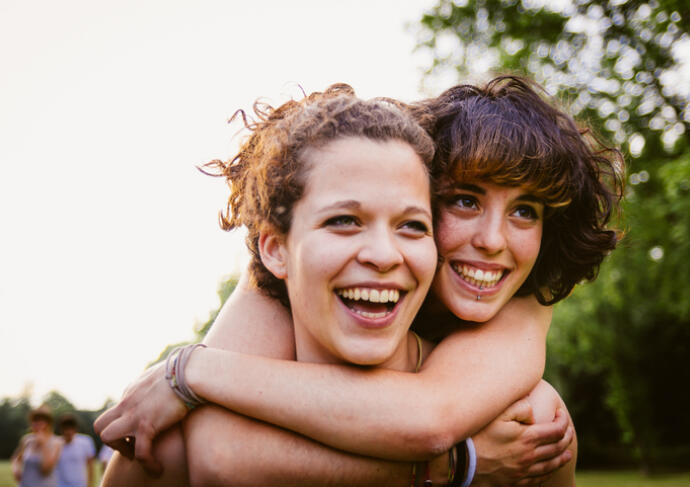 My Child May Be LGBTQ+

Parents are often aware about their child’s sexual orientation or gender identity before a child comes out. Until your child comes out, you cannot know.
By Clifton S. Mixon, PhD