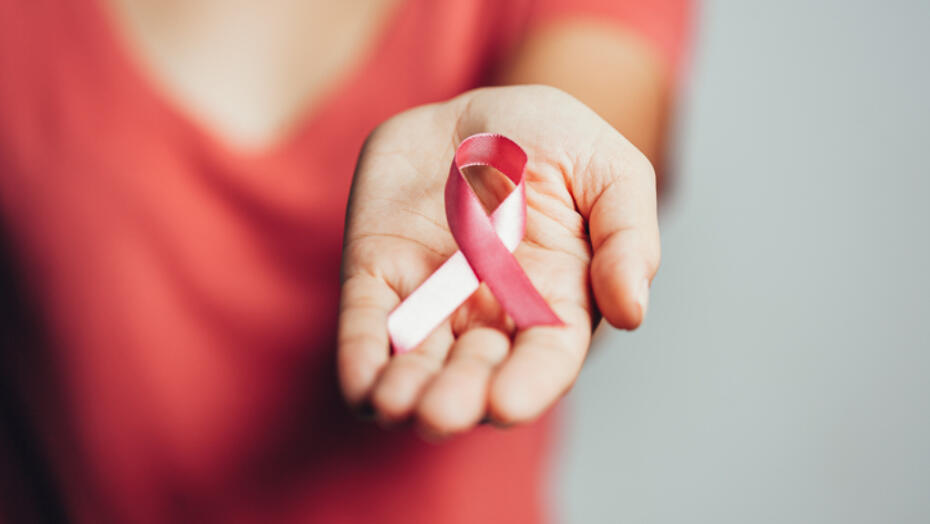 Breast Cancer and What You Need to Know

Breast cancer is the most common cancer in women. It is a group of diseases in which cells in breast tissue change and divide uncontrollably, typically resulting in a lump or mass. Most breast cancers begin in the lobules, which are the milk glands, or in the ducts that connect the lobules to the nipple.

Other risk factors include:

Most people have no clear risk factors beyond gender and increasing age.

What are some of the signs and symptoms of breast cancer?

Most people experience no signs or symptoms when the tumor is small and easily treated, which is why screening is so important. Other signs and symptoms include:

Why are annual screenings and mammograms important?

The lifetime risk of developing breast cancer is 1 in 8 women. Annual screenings help diagnose cancer at an early stage when it is considered curable.

When should someone begin screening for breast cancer?

As per the American Cancer Society guidelines, average risk women between the ages of 40-44 should have the choice to start annual breast cancer screening with mammograms. Between the ages of 45-55, yearly mammograms are recommended. At age 55 or older, women can switch to mammograms every two years or can continue yearly screening. Screenings should continue if the woman is in good health and expected to live for ten year or more.

What is inflammatory breast cancer?

It is a rare and aggressive form of breast cancer and accounts for 0.5% to 2% of invasive breast cancers diagnosed in the United States. It is generally diagnosed at a younger age and patients typically present with a rapidly growing breast lump, skin redness, swelling or itching of the skin. The skin is typically warm and thickened and resembles the skin of an orange

What are the most common types of breast cancer?

Invasive breast cancers make up about 81% of all breast cancers. Invasive or infiltrating cancers mean that the abnormal cells have broken through the walls of the glands or ducts where they originated and grown into surrounding breast tissue.

What type of doctor should I see if I think I have breast cancer?

What treatment options are typically available?

The treatment for each patient depends on the severity. For patients with localized breast cancer, we offer surgery, either lumpectomy or mastectomy followed by possible chemotherapy, radiation therapy and endocrine or biologic therapy. These decisions are based on the type of cancer, its molecular markers and the stage of disease.

What is radiation therapy?

Radiation therapy is treatment with high-energy rays, or particles, that destroy cancer cells. Some women with breast cancer will need radiation, in addition to other treatments. For example, after breast conserving surgery, radiation therapy is indicated to lower the chance that the cancer will come back in the same breast or nearby lymph nodes. After a mastectomy, radiation is given if the tumor size is greater than 5 centimeters, if cancer is found in several lymph nodes or if cancer is present in margins of the skin or muscle that cannot be removed any more.

What is hormone therapy?

Hormone therapy can reach cancer cells almost anywhere in the body and not just in the breast. It's recommended for women with tumors that are hormone receptor positive. It does not help women whose tumors don't have hormone receptors.

Hormone therapy, also known as adjuvant therapy, is often used after surgery to help reduce the risk of the cancer coming back. Sometimes it is started before surgery, also called neoadjuvant therapy. It is usually taken for at least 5 to 10 years.

Hormone therapy can also be used to treat cancer that has come back after treatment or that has spread to other parts of the body.

What does “targeted therapy” mean?

How quickly do you need to decide about breast cancer treatment?

Understanding your disease and the treatments being offered is most important. While you do not have to decide the day you meet the doctor, you should decide in one to two weeks in most cases.

Does breast cancer treatment affect one’s ability to have a baby?

Yes, chemotherapy and radiation therapy can briefly or permanently affect one’s chances at pregnancy. It is best to have a discussion with the physicians prior to starting treatment and discuss fertility preservation options. Pregnancy does not increase the risk of breast cancer by itself.

Can chemo or radiation be given during pregnancy?

Chemotherapy can generally be given during the last trimester of pregnancy. Radiation is generally avoided during pregnancy.

Can you breastfeed if you are under treatment?

Can you breastfeed if you had breast cancer?

Yes, you can breastfeed if you are not currently on treatment

What are questions someone should ask their physician if they have breast cancer?

You should ask the physician about the kind, stage and treatment options available, as well as success rate and side effects of various treatments to help make informed decisions.

Early detection can save your life. Get screened today! 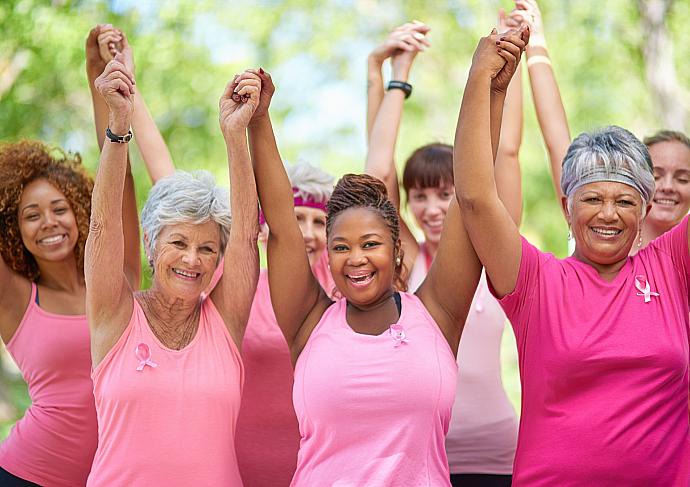 Here's how to help raise breast cancer awareness throughout October -- and the entire year.
By Shaune Farve-Williams

Breastfeeding lowers the rate of postpartum depression, helps to achieve faster weight loss and may even lower your risk for developing breast cancer.
By Genevieve Maronge, MD

About 85% of breast cancers are sporadic and occur in women with no family history. Learn your risk factors and what you can do to try to prevent breast cancer.
By Florence Wright, MD