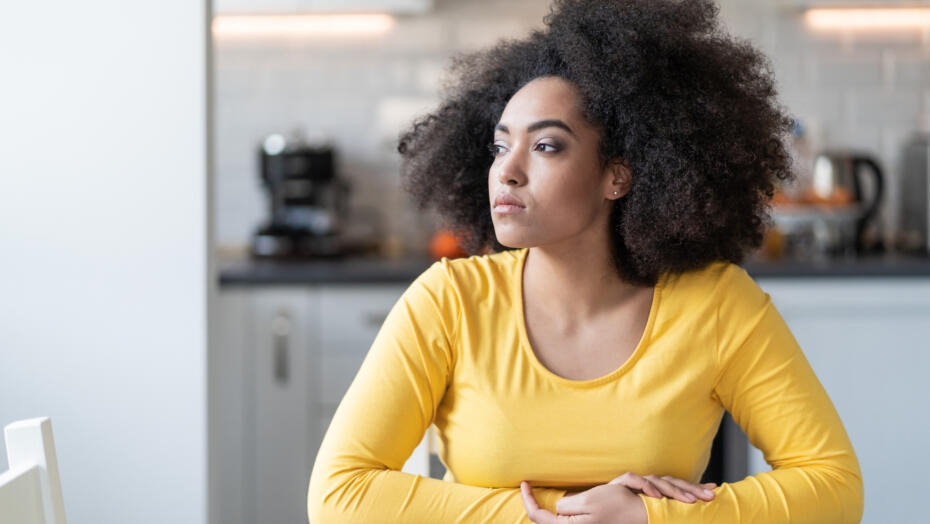 Pregnancy is often viewed as a joyous and memorable time of life for moms-to-be, morning sickness and sticky Gulf South weather notwithstanding. However, sometimes the inability to meet the lofty expectations of childbirth and a host of other factors can give mothers a bad case of the blues.

Perinatal depression is the term experts use to describe a mood disorder that occurs during pregnancy or in the first year after childbirth, encompassing both pre and postnatal depression. The National Institute of Mental Health describes perinatal depression as a real medical illness that can affect any mother regardless of age, race, income, culture, or education.

What are the “baby blues?”

“Baby blues” is a term used to describe the relatively mild mood changes and feelings that many women sometimes experience in the first two weeks after having a baby. It’s not surprising that a new mom might feel a bit emotional after a nine-month build-up and the excitement of birth, followed by worry and around-the-clock care.

Up to 70% of all new mothers experience “baby blues.” It is a short-lasting condition that does not interfere with daily activities and does not require medical attention. According to the American Psychiatric Association, symptoms of this emotional condition may include crying for no reason, irritability, restlessness and anxiety.

However, if these mood changes and feelings of anxiety or unhappiness are severe, or if they last longer than two weeks, a woman may have postpartum or perinatal depression. Women with these types of conditions generally will not feel better unless they receive treatment.

Some of the more common symptoms of perinatal depression include:

Cause of perinatal depression

It’s important to note that perinatal depression is not caused by anything the mother did or didn't do, nor does it have a single cause. Research suggests that a combination of genetic and environmental factors can lead to this form of depression.

Perinatal depression can have serious health effects on both the mother and baby. But, with the proper treatment, most women will feel better, and their symptoms will subside.

Treatment frequently includes medications, such as antidepressants, or therapy, which teaches people different ways of thinking, behaving and reacting to situations. Sometimes, a combination of the two is prescribed. If these treatments do not reduce symptoms, brain stimulation therapies, such as electroconvulsive therapy, may be an option to explore.

It is important to understand that depression is a medical condition that impacts the mother, the child and the family. Spouses, partners, family members and friends are often the first to recognize symptoms of perinatal depression in a new mother. Treatment from a health care professional is central to recovery. 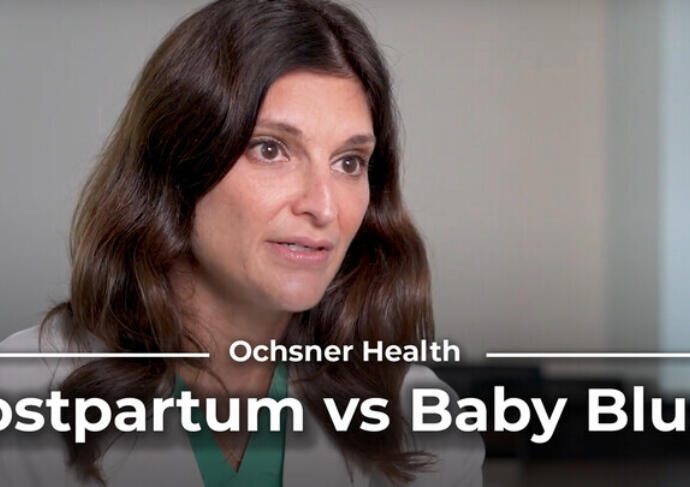 What distinguishes "baby blues" from postpartum depression? OB/GYN Alexandra “Sashi” Band, DO, explains the differences between the two. 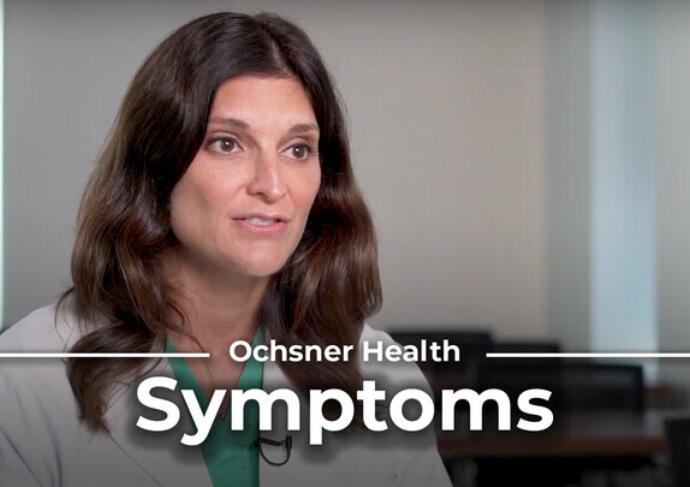 OB/GYN Alexandra "Sashi" Band, DO, explains the symptoms of postpartum depression and when you should reach out for help. 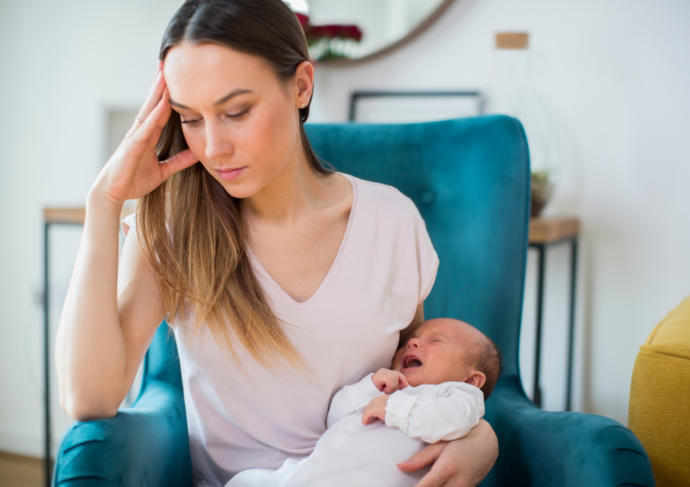 Maternal Mental Health: Why It Matters

Many new moms experience the baby blues, while still others suffer from postpartum depression. Learn how to recognize the symptoms and what to do next.
By Cassie Rockweiler, LCSW, MSW