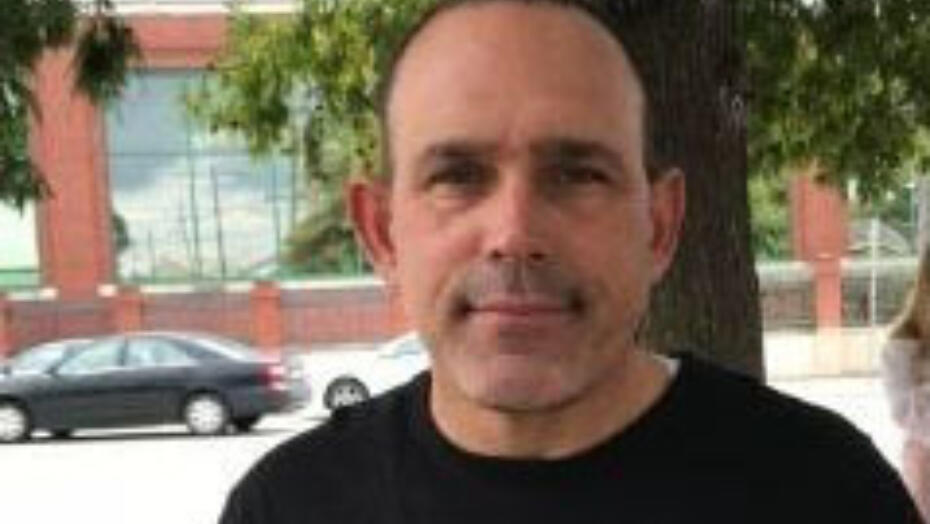 In September 2018, 49-year-old Rusty Hall woke up and couldn't remember his name. It was early morning, and the Chalmette, Louisiana native was having trouble speaking clearly, with no memory of who or where he was. Fearing her husband had suffered a stroke, Rusty's wife Melinda rushed him to the Ochsner Medical Center emergency room in New Orleans. There, he was quickly admitted and underwent several neurological tests, including a set of head X-rays, where radiologists discovered a small tumor on his brain's front right side.

Overcome by disorientation and confusion, Rusty's medical decisions were entrusted to his wife, his partner of over 32 years. Melinda consulted with the Ochsner team, including neurosurgeon Cuong Bui, MD, on the best possible diagnostic plan for her husband. Two and a half months from the day he woke up with no memory, Rusty underwent brain surgery, where doctors removed part of the tumor and sent it to the pathology lab for testing. By Oct. 30, 2018, Rusty’s family had received his medical report and diagnosis. He had stage four glioblastoma, an aggressive cancer that occurs in the brain or spinal cord and can be very difficult to treat.

While every glioblastoma is different, the average life expectancy for a person with this life-threatening form of cancer is between 12-18 months. A cure is not always possible, but certain treatment options have proven effective in extending life expectancy and reducing certain symptoms. Rusty, Melinda and the Ochsner cancer care teams developed a treatment plan that included both chemotherapy and radiation therapy to slow down the spread of any cancer that remained following his surgery.

Once Rusty’s stage four glioblastoma diagnosis was confirmed, his team had to move quickly to identify the best plan of attack. “My doctors understood my limitations perhaps better than I did at the time,” Rusty said. He was eager to get back to work following his chemo and radiation treatments, but "my doctors didn’t roll over for me to give me clearance to return to work just because it was what I wanted.” Rusty had to listen to his care team, even though they didn't always have the answers he wanted to hear. He tried to keep in mind that the doctors were on his side and had his best interests at heart.

Before his diagnosis, Rusty led an active and healthy lifestyle. Working in construction meant that physical fitness was an essential part of his life both professionally as well as recreationally. In his spare time, Rusty enjoyed running. He participated in numerous local races and marathons, such as the Crescent City Classic, where he finished in the top 500 and was competitive in regional duathlons and triathlons. With no history of cancer on either side of his family, the glioblastoma diagnosis took Rusty completely by surprise.

After undergoing more than two months of radiation and chemotherapy, Rusty completed his final treatment session on Jan. 8, 2019. That day, despite nausea and fatigue, he followed his appointment with a trip to the gym, where he ran on the treadmill. As a cancer patient, Rusty is a firm believer in the power of positive thinking related to overcoming one's diagnosis and the expectations that people have for you.

Throughout his journey, Rusty's wife, son and sisters have been by his side, working with doctors to educate themselves on the disease, coordinating doctor's appointments and rides to the hospital, and encouraging him to keep fighting. Now, he hopes to “pay it forward” by passing along some of the advice and practical wisdom he has gained through his two years battling glioblastoma.

The Latest Technology and Award-Winning Quality Care. Learn about the specialties and treatments we offer at the Ochsner Neuroscience Institute.

It Takes A Village

“Taking care of someone with glioblastoma is a full-time job," Rusty said. A lot of people forget that there’s more than just the disease itself to worry about – patients need rides to and from doctor’s appointments and chemotherapy and radiation treatment sessions. They need someone to help organize their prescriptions and to understand the different treatment options and what comes next along the way. Glioblastoma patients also need people to advocate for them and to pick them up when they have tough days.

“My wife and three older sisters have supported me since day one." Rusty has a location tracker enabled on his phone, which shares his location with his family so they always know where he is. Knowing that his family was keeping an eye on him allowed Rusty the freedom to go on walks to work off the daily frustrations he encountered while keeping him safe from getting confused and lost. It brought everyone peace of mind.

Find Strength in Familiarity and Routine

Rusty said he found a lot of comfort in his faith after his diagnosis, including going to church and spending time with his family and friends. “I would encourage everyone not to lose sight of the things that you enjoyed in your life before the diagnosis,'" and to find new ways to continue to experience those things together.

Glioblastoma patients will face some bad days, Rusty said. “After surgery, you are going to be weak initially ... Some days you just aren’t going to have the energy or the spirit to force yourself into staying positive." Being cheerful and upbeat all the time shouldn’t be another burden for glioblastoma patients to carry, and they shouldn’t feel guilty for experiencing the range of emotion that accompanies a brain cancer diagnosis.

Don’t Lose Your Sense of Humor

Laughter can be a form of medicine, even when it comes to GBM. As Rusty explained, “For me, putting jokes on Facebook and watching YouTube videos that made me laugh were also ways to stay motivated to keep fighting. I remember watching YouTube videos of Lou Holtz, the famous Notre Dame football coach, whose wife was also battling cancer. His videos helped to raise my spirits, and they reminded me of how I wasn’t alone in this fight ... Holding onto my sense of humor was one of the ways I kept going.”

Use Technology and Tools to Make Life Easier

Rusty said that after doctors discovered the tumor and before he had surgery, his memory was severely impaired. His wife put a medical alert bracelet around his wrist with his name, address, phone number, and a short message about his condition in case he was separated from her or their home.

Using social networking platforms to stay connected to friends and family also helped. “Social media has been incredible for keeping me connected and sharing updates on my condition ...  I’ve used it almost as a support group."

Rusty says he has tried not to be a “typical cancer patient,” and his goal is to exceed all of the expectations that people have for him.

“If you tell me, ‘You’re going to be tired,’ then I want to turn around and say, ‘Hey, look! I’m not tired.’ I try to focus on everything as a mindset, and never accept this diagnosis as the end ... Nowhere in the book does it say that everyone dies. I try to remember to enjoy the time every day, whatever it is. The fight can keep you motivated, and it can keep you going.”

Rusty said he made an agreement with his sisters that he would survive and beat the odds, and then he’d pay it forward. “If someone calls me or reaches out to me, and they want to know how I made it, I want to be able to share my story with them. I want to show others who are going through a similar situation so that hopefully they can be inspired by my experiences and what I’ve been through so far.”

By sharing his story, Rusty hopes his experience and advice might reach someone who needs to hear it. And by sharing this story, you may be reminding someone in your life or community that they’re not alone in the fight. 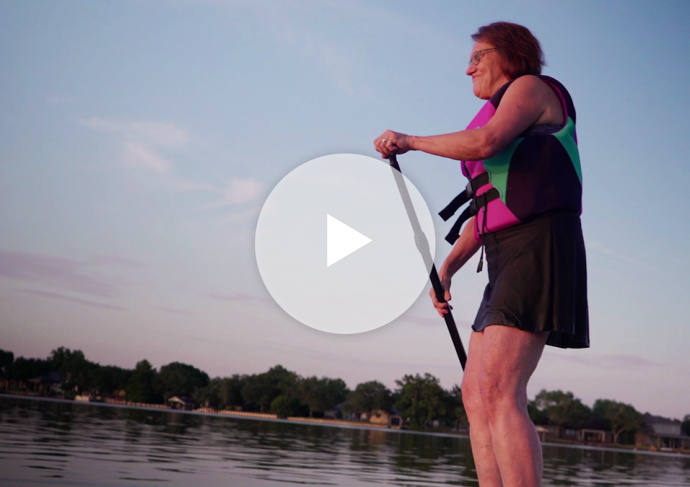 After battling kidney cancer, Sue thought she was in the clear, but her battle wasn't over. 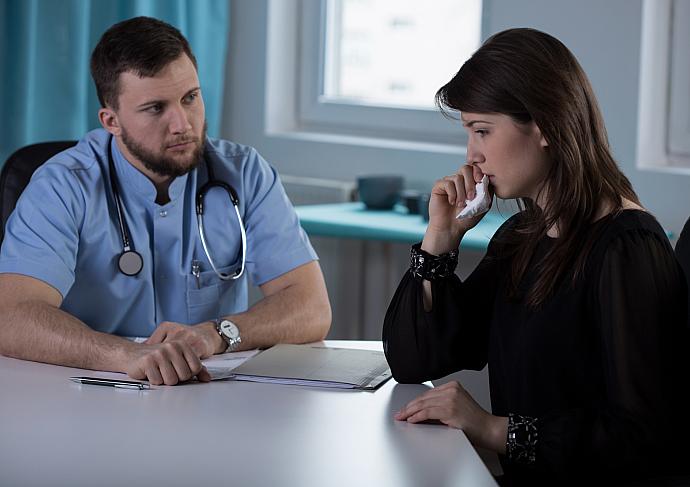 Tips to keep in mind during what can be a challenging time. 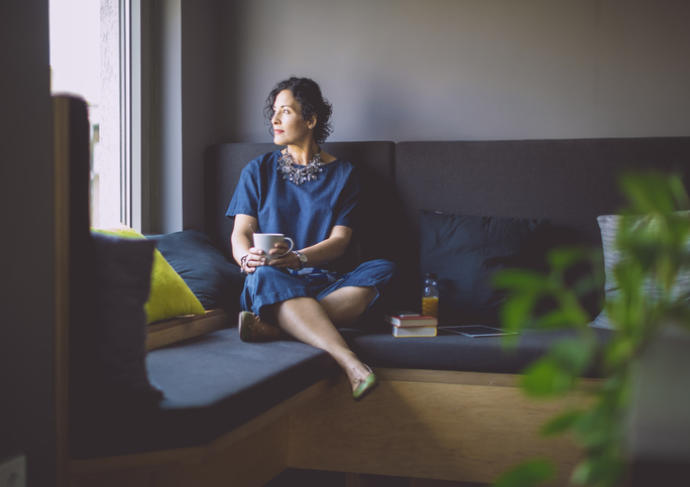 But the good news is that there are many amazing new treatments for brain tumors that are giving many patients much longer, more fulfilling lives than what they could have expected in decades past.
By Benjamin Brown