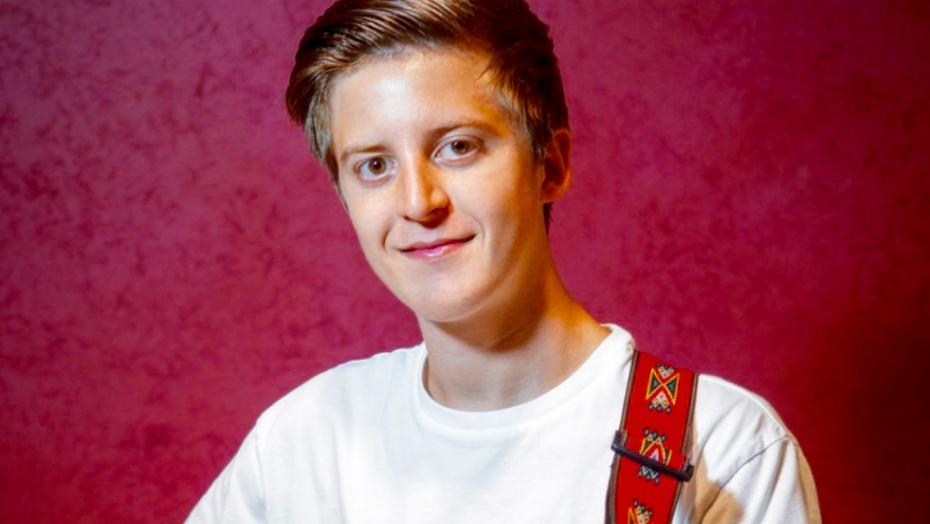 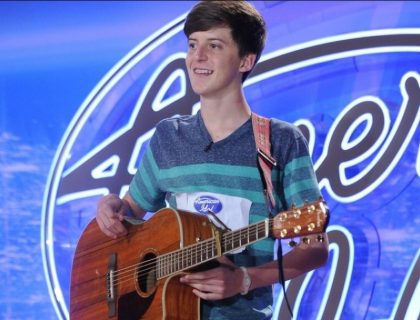 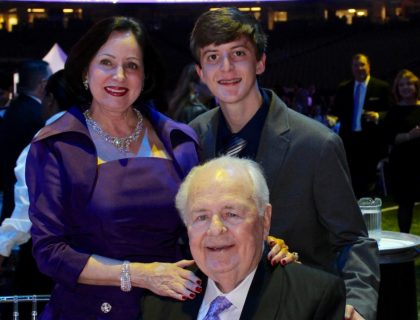 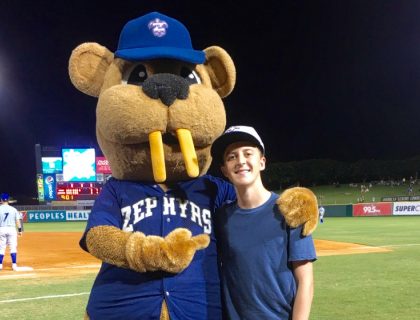 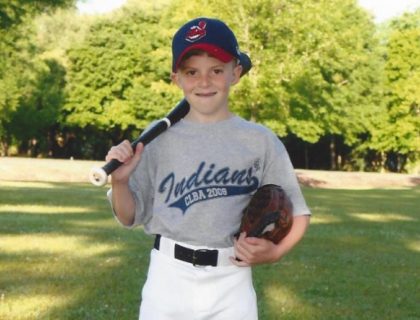 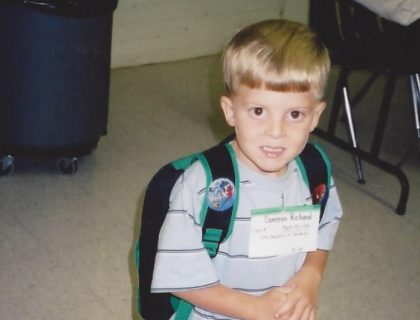 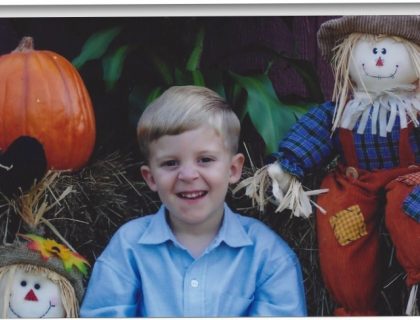 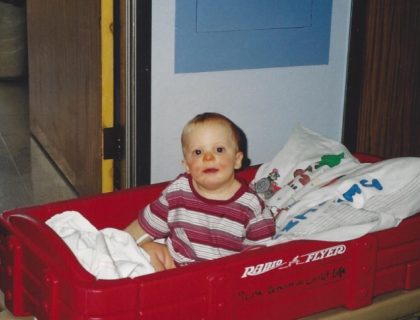 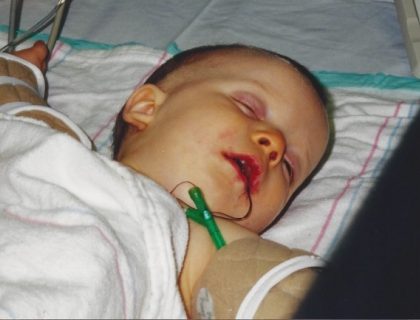 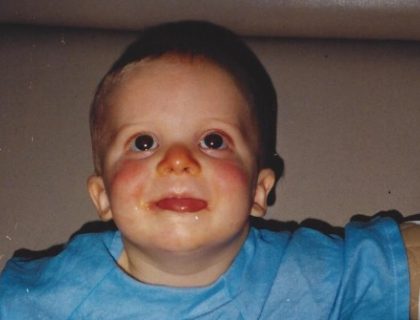 His story captured the hearts of millions of Americans when he appeared on the final season of American Idol; born with a cleft palate, Cameron Richard continues to amaze.

Now 16-years-old, the Raceland teen has overcome insurmountable odds. Shortly after birth, doctors at Ochsner Hospital for Children (OHFC) treated him for a severe case of Respiratory Syncytial Virus (RSV) bronchiolitis that nearly killed him. At 10 months old Ochsner’s surgeons repaired Cameron’s cleft palate, and over the next year he was in and out of the hospital for unrelated illnesses.

“It was like we were living at the hospital—it felt like forever,” said Cameron’s mother, Tina Richard. “But the staff at Ochsner Hospital for Children treated us like family.”

Tina remembers doctors saying that speech would be Cameron’s greatest challenge and that he would most likely need speech therapy for many years. At the time, becoming a singing sensation as a teenager may have been the last thing she imagined for her son.

“It was difficult to hear in the beginning, but our concerns quickly faded,” Tina said. “After a while you kind of forgot everything he had been through.”

Instead of needing therapy, Cameron thrived. His love for music developed at a very young age—inspired by musical greats like Led Zeppelin, Michael Jackson, the Beatles and contemporary artists like Justin Timberlake and Rihanna. During his appearance on American Idol, Cameron “wowed” the judges—performing a rendition of Ed Sheeran’s “Give Me Love.”

“Getting the opportunity to perform in front of some of the biggest stars in Hollywood was a dream come true,” said Cameron. “The experience will be something I will always remember, and I’m honored my story is inspiring others to follow their dreams.”

Life has been hectic to say the least since appearing on one of the most popular TV shows in television history. Cameron’s summer schedule includes events across Louisiana and beyond. However, he still makes time for friends and extracurricular activities. The soon-to-be junior at Central Lafourche High School this fall enjoys playing soccer and was elected as junior class president.

“I like to think I’m like most high schoolers,” said Cameron. “Singing is just something that has opened the doors for me to share my story and let kids around the world know anything is possible.”

Cameron has never shied away from the condition he was born with. Every July, he happily participates in National Cleft Craniofacial Awareness & Prevention Month—a time when treatment specialists, support organizations, advocacy groups, and affected individuals and families join forces to encourage awareness of cleft and craniofacial conditions.

Cameron’s pediatrician, Dr. Daniel Bronfin -- who leads the Ochsner Craniofacial Team, a interdisciplinary team of 10 clinicians who have expertise in caring for these special children -- said that it’s “very, very unusual” for cleft palate patients to not require speech therapy.

“The majority of cleft patients not only need speech therapy, it turns out to be one of the most critical interventions for these kids,” Dr. Bronfin said. “Despite multiple evaluations by speech pathologists, Cameron never required speech therapy. That was not expected, but Cameron has proved expectations wrong through sheer determination.”

“Cameron has certainly left a lasting impression on all of his doctors, and we know that this exceptional young man will serve as an inspiration to other children with similar challenges.”

Approximately 1 out of every 700 babies are born with a cleft lip and/or palate. The CDC estimates 7,000 babies will be born with cleft in the U.S. this year. The American Cleft Palate-Craniofacial Association strongly encourages team care for all children with clefts. 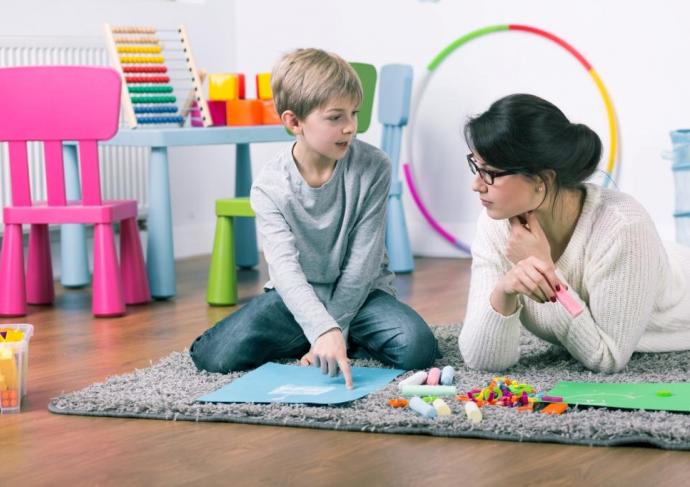 How Can a Speech Pathologist Help Your Child?

A speech-language pathologist, SLP for short, is a highly trained individual that can evaluate and treat children and adults for communication disorders.
By Molly Ramirez, MCD, CCC-SLP and Megan Monier, MCD, CCC-SLP 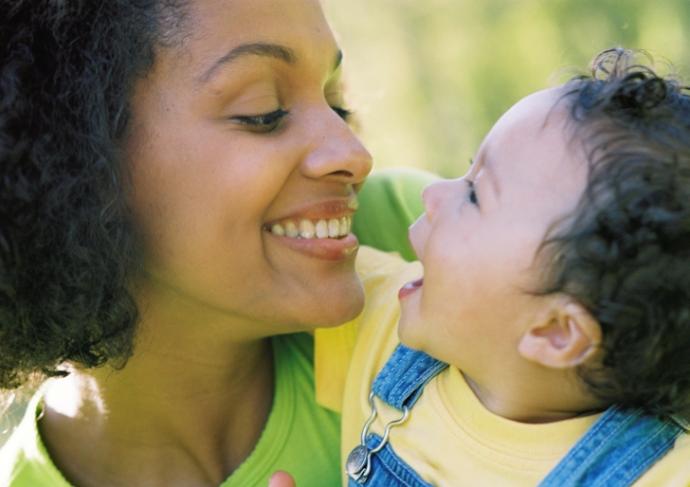 Check out these age-related speech and language guidelines to see if your child is properly developing his or her language skills.