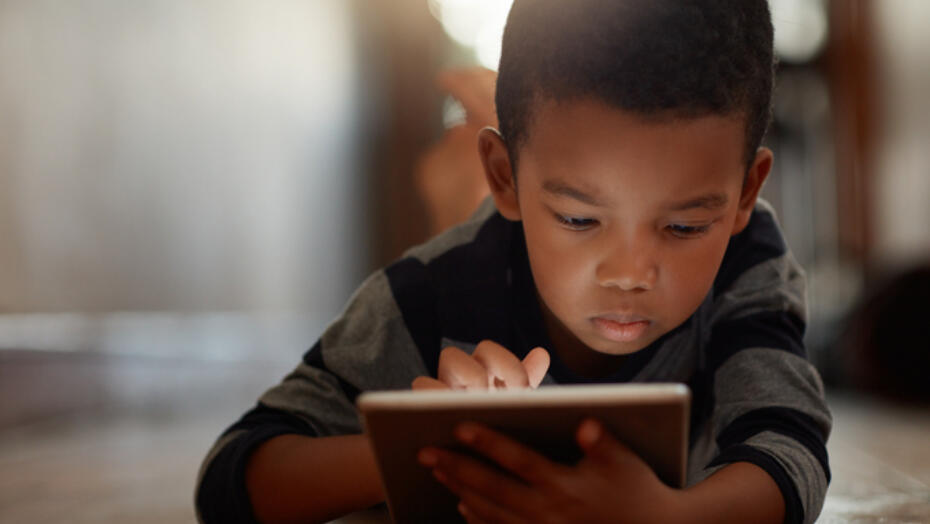 Myopia in Children: How the Pandemic Has Worsened Nearsightedness

It appears that nearsightedness among school-aged children might be added to the list of adverse consequences stemming from the COVID-19 pandemic and the unprecedented lockdowns it spawned.

When the pandemic hit last year, remote or hybrid screen-based instruction became a reality for countless school kids across the United States and throughout the world. As a result, children have been spending much more time focused on electronic screens and that could be causing eyesight problems.

A survey conducted by the market research firm Ipsos and the Global Myopia Awareness Coalition found that 44% of U.S. children are glued to electronic devices for more than four hours a day. That’s twice as many as before the pandemic.

While there has been much discussion about the quarantine’s impact on the physical and mental health of children, a somewhat understated side effect has been the repercussions on kids’ visual development. A study involving 2,000 school-age children in Hong Kong revealed that the rate of nearsightedness that developed during the pandemic increased significantly over what was found in a pre-pandemic study of children the same age. The study concluded additional research is warranted to investigate the connection between long-term vision problems in children following the pandemic.

Nearsightedness, which also goes by the medical term myopia, is the inability to see things clearly unless they're relatively close to your eyes. It occurs when the eye grows too long from front to back, causing light to come to a focus in front of the retina instead of directly on it.

While myopia may seem like an innocuous condition, if left untreated it can lead to a higher propensity for developing eye diseases later in life. The signs and symptoms include eyestrain, headaches, squinting to see properly and difficulty seeing objects far away.

Myopia is the most common of eye problems. Approximately 1.5 billion people worldwide – nearly a quarter of the global population – are nearsighted. The rate is rapidly increasing. Identifying risk factors for early detection of nearsightedness is important to prevent and minimize the progression. Researchers aren’t sure exactly why, but many eye doctors attribute the growing numbers to eye fatigue from the use of computers and portable electronic devices and less time spent outdoors. Risk factors for nearsightedness include family history; environmental factors, such as prolonged up-close tasks; and age of onset; early onset is associated with higher myopia in adulthood.

Eye doctors recommend several strategies for preventing myopia and reducing digital eyestrain. One is to keep digital devices about 2 feet away and at eye level. Having the screen too close requires our eyes to focus harder to keep the image sharp, which can cause strain and create or potentially worsen myopia. Getting away from the screen and incorporating outdoor activities has been shown to slow the progression of myopia. Multiple studies have shown that an increase in outdoor time can play a protective role against the development of myopia.

For those who must spend significant time in front of a screen, some doctors recommend what is known as the 20-20-20 rule to prevent prolonged eye strain. When using a computer or other electronic device for an extended period, look at least 20 feet in the distance for 20 seconds for every 20 minutes spent on the screen.

Regular eye exams and screenings are also important for children. Visits to the eye doctor can lead to improved academic performance and a lifetime of good vision. 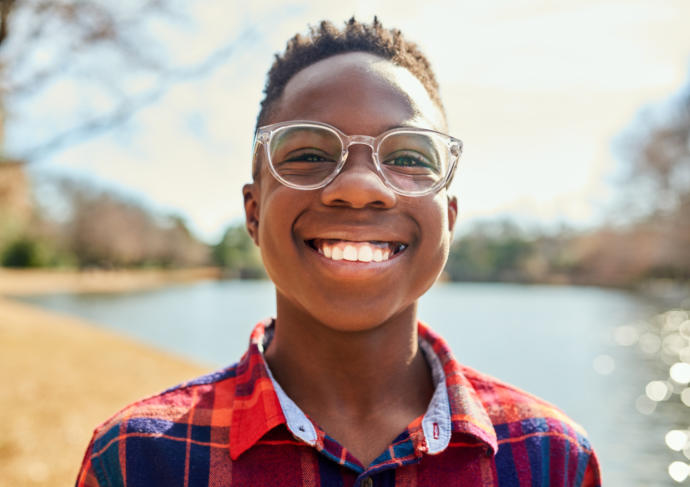 4 Tips for Getting Kids to Wear Their Glasses

It all starts with picking out the right pair of kid-friendly frames. Follow this advice to help your child get interested in their new specs.
By Kefla Brown, OD, MS 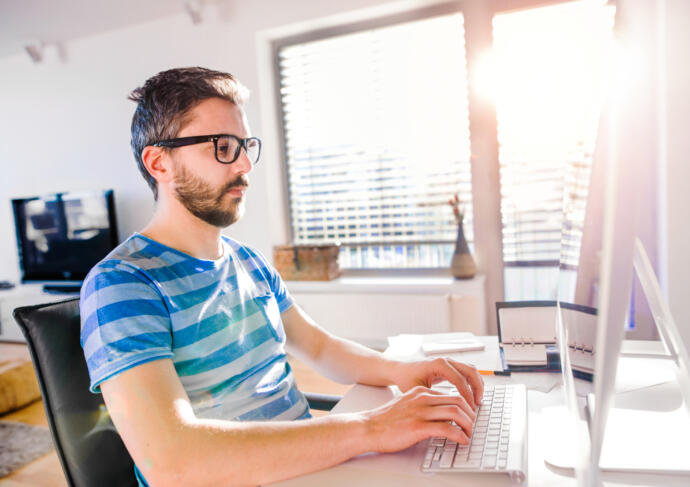 Blue light glasses have exploded in popularity lately, but whether they are just as popular among eye doctors remains to be seen.
By Kefla Brown, OD, MS