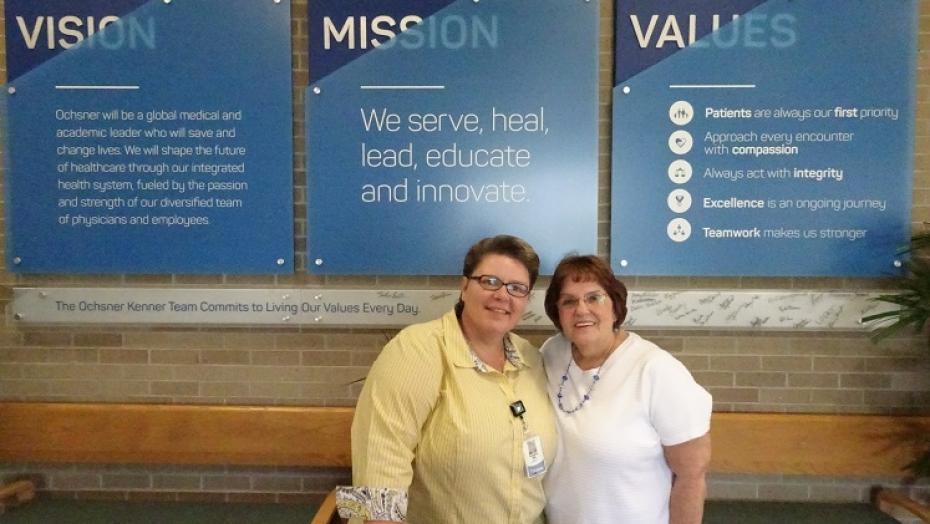 Lora Minton has dreamed of being a nurse her entire life. As a child, her dolls would get pretend injuries so that she could practice bandaging them up. It is no wonder that now, 30 years into a career in nursing, she has been honored as one of the Great 100 Nurses of Louisiana for 2016. While this honor is special in its own right, the occasion is made even more meaningful because her daughter, Sandy Prather, is also receiving the same honor this year.

The Great 100 Nurses is an annual program hosted through the Great 100 Nurses of Louisiana Foundation and honors top nurses throughout the state. This year, Ochsner has a total of 42 nurses named to the list who will be honored at the October awards luncheon.

Lora, an Intensive Care Unit (ICU) nurse at Ochsner Medical Center – West Bank Campus, was filled with pride when she learned that her daughter wanted to follow in her footsteps and become a nurse.

Her daughter, Sandy, now the Director of the Emergency Department at Ochsner Medical Center – Kenner, graduated from nursing school in 2006 after a career as an EMT and Paramedic. She cites her mother’s example- as one of the reasons for her pursuing a career in nursing. “Seeing my mom’s example and an underlying drive to care for others led me to having an interest in healthcare,” said Sandy. “It’s great to be able to sort of ‘talk shop’ with your mom and to be able to understand the type of things each other are working on and going through on a day-to-day basis.”

Both Lora and Sandy were surprised when they learned they were named to the Great 100 Nurses of Louisiana list. Sandy had nominated her own mother since Lora is later in her career and she thought it would be a nice way to recognize her mother’s accomplishments. What surprised her most was when she learned that she too would be named in the same esteemed group of nurses. “When I saw the first envelope, I was thrilled because I know it meant that my mom had made the list,” said Sandy. “As I continued to thumb through the mail and saw the second envelope, I was shocked to see my name on the list as well!”

Both agree that it is an honor to be recognized together. “It makes it really, really special for us both to be on the list,” said Lora. Sandy agrees, adding, “It’s humbling to share this moment with someone who has this much experience and has been your mentor.”

Though she has reached retirement age, Lora doesn’t see herself leaving nursing behind anytime soon, “I don’t feel like retiring yet,” she says. “I love working as a preceptor, training the next generation of nurses. I love teaching one-on-one and watching young nurses find their confidence and grow.” Lora jokes, “I need to train them right so that they know what they are doing when I need them to take care of me!”

For Sandy, Ochsner Health’s mission to Serve, Heal, Lead, Educate and Innovate is the driving force behind her future career plans. “I’m truly drawn to leadership,” she says. “I’m currently in grad school working on my master’s degree and I hope to continue growing in leadership roles here at Ochsner.”

“You always want to see your children do better than you and Sandy certainly has made me proud,” says Lora. 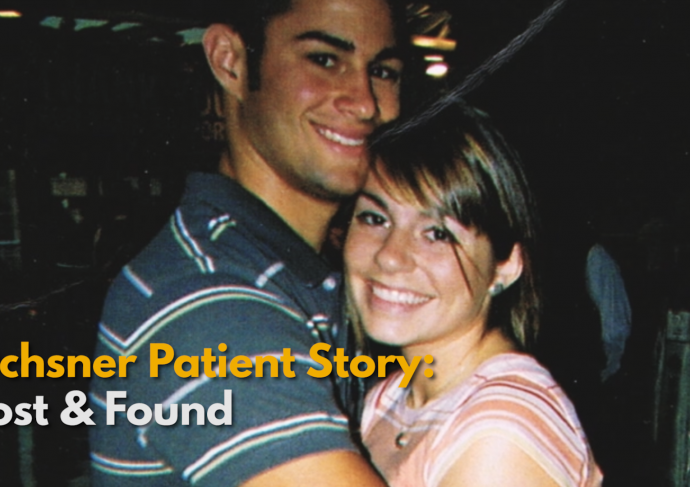