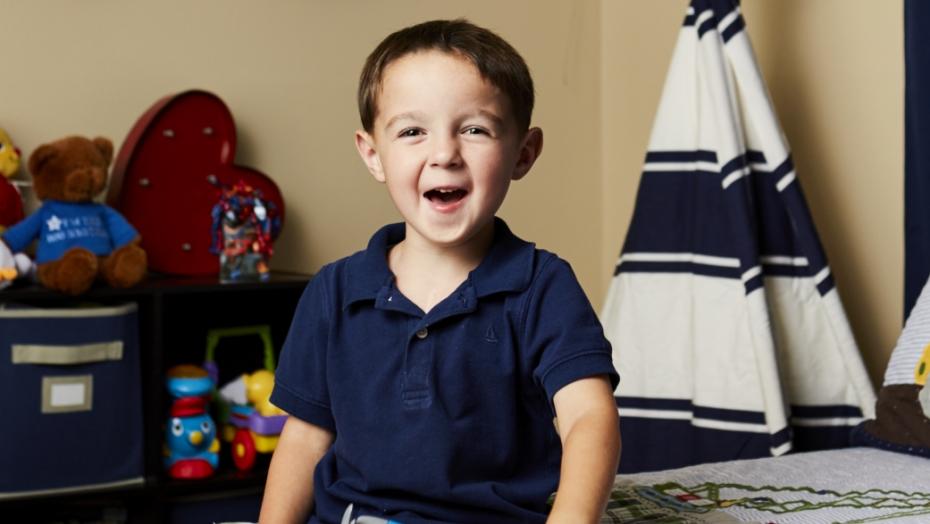 Feb 3, 2017 |
Share
Logan was just 3 weeks old and weighed barely 5 pounds—and he was fighting for his life with every heartbeat. “Our son was in trouble,” says his mother, Nicki, 39, of Metairie. “Logan was born with holes in his heart. He wasn’t growing. He was pale and so weak.”

Born at Ochsner Medical Center in July 2012, Logan spent his first weeks in the medical center’s Level III neonatal intensive care unit (NICU)—one of the few NICUs in Louisiana offering care from a full range of pediatric specialists and subspecialists for critically ill newborns. Cardiologists, otolaryngologists and other advanced pediatric specialists examined the baby and ran tests to determine why he wasn’t thriving.

Meanwhile, NICU staff supported the new family in their bonding efforts. “The nurses were wonderful, helping me and my husband, Eric, feed and hold Logan,” says Nicki, who is an Certified Medical Dosimetrist in the department of Radiation Oncology at Ochsner. “Eric was the first to do skin-to-skin kangaroo care with Logan; I think it’s one reason they’re so close today. The nurses encouraged me to pump breast milk and to get rest. We could call them anytime and even check in the middle of the night, watching Logan on our home computer because there was a webcam over his bassinet.”

But an echocardiogram revealed that Logan’s overworked heart was failing. “There was a hole in the top of his heart and a hole in the bottom of his heart. An extra blood vessel that usually closes shortly after birth had stayed open, too,” explains pediatric cardiologist Thomas W. Young, MD. “These defects meant Logan’s lungs were filling with fluid. Every breath took all of his energy.” The baby needed open-heart-surgery immediately.

In a 10-hour procedure, a pediatric cardiac surgeon repaired Logan’s tiny heart, which was no bigger than a walnut. Hospital staff brought regular updates from the OR.

At last, Nicki and Eric could see their son again. “Logan’s room in the pediatric intensive care unit was very quiet, dim and temperature-controlled; everything was calm and serene so that his heart rate wouldn’t go up,” Nicki says. “We couldn’t even pick him up at first. It helped that we had seen the room beforehand, so we knew what to expect. The bed was all made up and his name was on the door. Those caring details made us feel better.”

Best of all, Logan was soon thriving. His skin turned rosy-pink. He gained weight, smiled and one day began reaching for the mobile spinning above his bed. “At last, he was growing and developing like any newborn,” Nicki says. “It was wonderful.” The couple brought Logan home on Aug. 23, their wedding anniversary. Four years later, Logan is a healthy, happy little boy who loves to swim, play ball and entertain his baby brother, Jude. “Ochsner saved Logan’s life and is keeping us all healthy,” Nicki adds.

Learn more about the pediatric cardiology services available at Ochsner Hospital for Children. 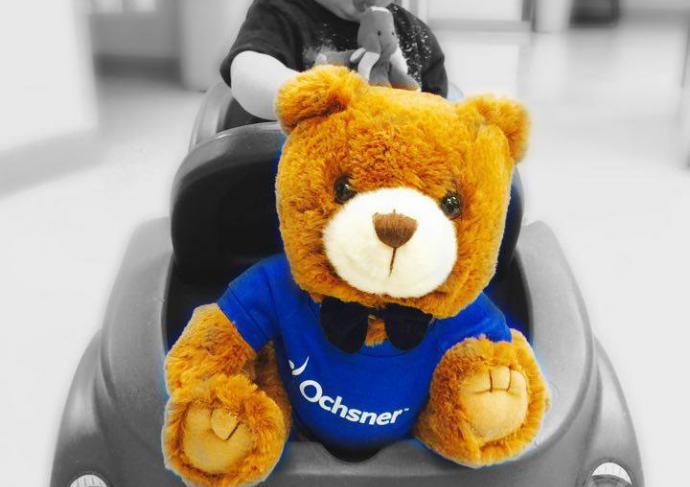