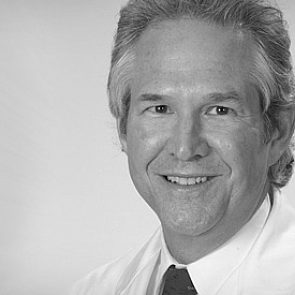 Dr. Robichaux earned his medical degree from the Louisiana State University Health Sciences Center. Following graduation, he completed his internship and residency at Ochsner Clinic Foundation. In 1984, Dr. Robichaux completed a Maternal Fetal Medicine Fellowship at the George Washington School of Medicine. Dr. Robichaux is involved with several medical societies including the Orleans Medical Society, the Society of Maternal Fetal Medicine, the Louisiana State Medical Society, the American Medical Society and many others. In a survey of doctor's attitudes about their peers, Dr. Robichaux was named the Top Obstetrician in the New Orleans Metropolitan Area, according to New Orleans Magazine. He consistently ranks as one of The Best Doctors in America in several national publications and was named to the prestigious Who's Who in the South and the Southwest. Dr. Robichaux was also appointed by the governor to serve on the Louisiana Perinatal Commission. He has been on staff at Ochsner since 2005 and practices at Ochsner Baptist in New Orleans. Dr. Robichaux is board certified in obstetrics and gynecology and maternal fetal medicine. His areas of special interest include fetal surgery, fetal malformations and pregnancy problems.

Is It Easier or Harder to Get Pregnant the 2nd Time?

The answer starts with "it depends"...The younger you are, the easier it is to get pregnant and, in general, it may become harder to conceive as you age.
By Alfred Robichaux, MD